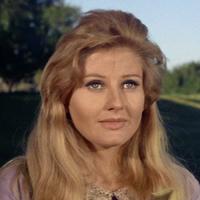 I hate it when you say something to some one then they misunderstand your meaning and when they repeat what you said, they do not repeat WHAT YOU SAID, they quote their interpretation of what they THOUGHT you meant and not what you actually meant or for that matter much of the time not what you were even thinking.
Do any of you remember playing that party game called telephone ? You would make a line and the first person in would tell the next person something. That person would tell it to the next person in the line, and it would continue like that untill the message reached the person at the other end of the line. That person would then tell everyone what massage he received. The vast majority of the time the message received at the end of the line has little resemblance to the message the first person started. This shows that for what ever reason people do not quote things as they were originally stated. Some times the mistakes are made because people just do not hear what was said properly,and do not ask it to be repeated. So they tell what they THOUGHT they heard. Other times it is because most of the human race will hear a set of words spoken by another person and instead of quoting what the first person said in relaying the statement they will relay THEIR OWN INTERPRETATION OF WHAT THEY THOUGH the person who said it meant. The problem with doing this is the person interpreting the message is not inside the head of the person who first said it and there for has no idea of what the originators real thoughts or meanings were. As for myself I always say exactly what I mean and I get cross with people who try to say I meant something I never even thought of when I confront them for paraphrasing what I said into what they THOUGHT I meant.
My brother and I once had a rather heated argument on this exact subject. He said something to me that shocked me, because I could not believe the person he said made the statement would ever say that. I challenged him as to who in my sister's family actually said those words. At that point he admitted no one had actually said those words. To which I fired back well if NO ONE actually said that why are you getting mad about something that was never said? To which he gave me this convoluted rationalization. He said it is like when someone says something you know what they mean. I told him NO you do not unless they tell you what they mean. He then offered an example. He said if I told you if you went outside you would get wet you would know it was raining right? To which i fired back not necessarily there may be someone outside with a hose spraying everyone that came out the door. So then he changed it he said ok if I tell you it is raining outside you will know if you go outside you will get wet right? Again I said not necessarily, if I step out onto a covered porch and it is raining I will not get wet as long as I stay on the porch, but I will still be outside and it will still be raining. At that point I said to him sense no one actually said the thing you got mad about it must have been you YOURSELF who was thinking those thoughts. You are all mad at someone else for something you yourself imagined. At that point he calmed down a bit when he realized I was right and he was mad at out sister's family for something he had created in his own mind and not because of something they said or even thought.
People should stop projecting their interpretations onto others. There would be less fighting in the world if people would hear and understand what is really said to them and not try to make the statements fit things they themselves have in their head. I NEVER imply anything and when someone says I did I get very angry. Fact of the matter is I have very much trouble even understanding things that are implied much less doing it myself. So in closing everyone remember this one thing: hear and quote the words that are actually said NOT what you THINK someone means, and if there is any doubt ask them straight up DID YOU MEAN THIS, and say what you thought they meant. If I am right and they never meant what you thought they did they will sort you out when they realize you misunderstood, and that will save much anger and hurt feelings that did not need to happen.