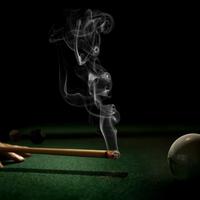 About me
My name is Denise and I live in Northwest Ohio. I love listening to music and shooting pool. I am a mother of two children and a grandmother of one. I also have a dog named Casper. Casper is part Chihuahua and part Jack Russell Terrier. Casper went to sleep on July 3rd 2018 RIP my sweet puppy dog. I adopted another dog 2 years later, His name is Bandit. He is part Beagle part Terrior, and we are going through the puppy stages right now.
Interests
I think I would have to say honestly I like Music just a little bit more than Movies. I like to listen to music on Spotify while I am making lists. At the moment I am making some of my lists into playlists. I also like making beats in Soundation and uploading them to YouTube, Fandalism and Tallenge
Favorite movies
The Wizard of Oz, Underworld Trilogy, All of the Planet of the Ape movies
Favorite music
Symphonic Metal, Classic Rock, Jazz, Country
Favorite books
AGATHA CHRISTIE'S POIROT NOVELS: